OSHA defines a ship stair in section 1910.21(b) as: "A stair that is equipped with treads, stair rails, and open risers, and has a slope that is between 50 and 70 degrees from the horizontal." In essence, a ship stair is just a very steep stair. This image below from OSHA 1910.25 - Stairways  shows two ship stairs at different angles. IBC does not specify a requirement for a ships ladder angle. In general, ship stairs with shallower angles near 50-55 degrees can be designed to be descended face forward as true stairs, while steeper angles must be backed down as ship ladders.

Ships ladders are usually used when you do not have enough space for a standard stair. OSHA section 1910.25(b)(8) says that spiral, ship, or alternating tread-type stairs are used only when the employer can demonstrate that it is not feasible to provide standard stairs. Usually the case is space restrictions prohibiting the use of a standard stair.

Which brings us back to the initial question, why doesn't Lapeyre Stair make ship stairs? Many studies have demonstrated that stairs with shortened tread depth pose a major risk for users. In fact it is the #1 design induced risk factor of stairs. The Lapeyre alternating tread stair is designed to have the same steep angles as ship stairs but with up to twice the tread depth. For example, the OSHA and IBC minimum tread depth for an alternating tread stair is 8.5" compared to either 4" or 5" for ship stairs and ship ladders. More tread depth has been shown over and over again to be safer and more ergonomic for users. 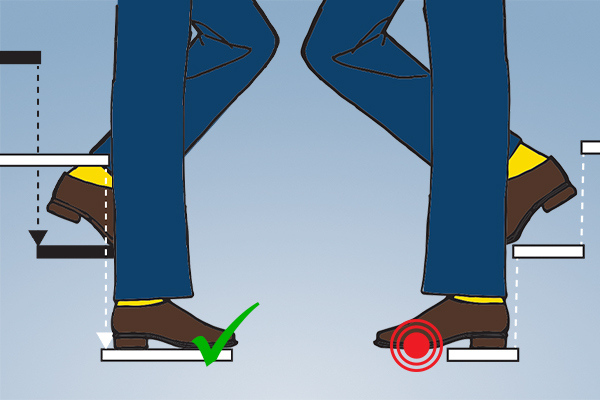 Lapeyre Stair is committed to providing the safest, most ergonomic stair solutions for our customers. Alternating tread stairs are safer and more ergonomic than ship stairs, and we make the choice to offer this solution as the safer alternative.

Roof Ladders and Roof Stairs: How to choose the right device

With so many different options and applications for roof ladders and roof stairs, it can be...